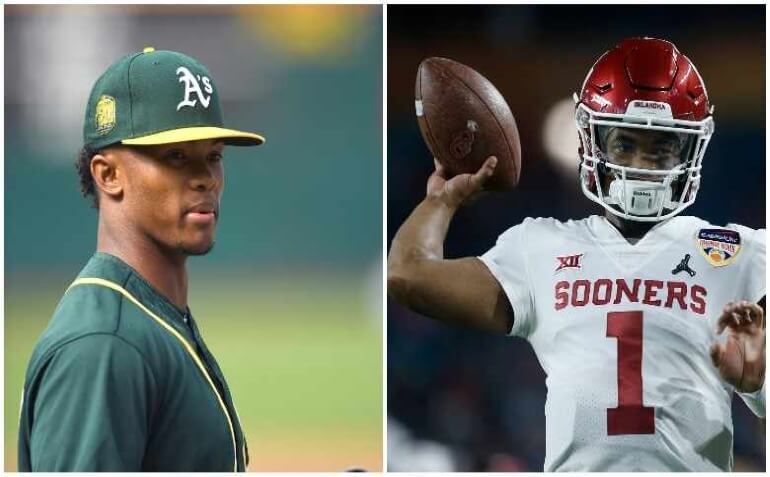 There are many great reasons that children should play multiple sports – becoming a more skilled soccer player is just not one of them.

Special author’s note: The purpose of this article is not to argue in favor of or against specialization. That is an individual decision and the merits and risks depend a lot on how the particular family is defining it.

My goal is to address common misconceptions so that discerning parents, coaches, players, and trainers can have meaningful conversations and devise practical solutions to the real dilemmas that families face.

Also, there is a need to begin an open conversation between parents, coaches, and experts about specialization within a no-judgment space.  We must also challenge experts who offer advice to more clearly define the parameters and level of skill acquisition, they are relying upon to formulate their recommendations.

Restated, when it comes to skill acquisition, details, measurables, and specific examples are important.  Otherwise, the conversation becomes very idealistic and often impractical for many families.

Unlike the rest of the world, America has several popular major team sports led by American football, baseball, and basketball. Not only are these sports extremely popular, but they also have massive collegiate and high school followings.

The popularity (and marketing) of these sports creates a unique situation in America where parents choose a variety of these sports believing there are benefits to soccer development that cannot be achieved within a comprehensive soccer curriculum.

The situation is complicated even more by readers who cite medical research in conflating a narrow definition of sports specialization with overuse injuries and other risk factors. In this post, I aim to challenge some of the common misconceptions in an effort to promote a more thoughtful conversation.

For a lot of valid reasons, medical researchers apply a narrow definition to sports specialization – Intense training in one sport while excluding others.  Most (not all) parents, on the other hand, define sports specialization as their child having a serious focus on their main sport and playing the other sports purely for fun.

You don’t have to be Trapper John, M.D. to know that, pushing a child to participate in an intense year-round program while excluding all other sports will increase common risk factors cited in these studies. However, this is not the case for most (not all) families whose children enjoy a variety of sports.

Special author’s note:  My child doesn’t go two to three months per year not touching a soccer ball. There is a two-month break from team training. We also take total breaks from all training – like most families.

We do, however, incorporate low-intensity ball skill training during the offseason. I by, no means, think I have all the answers, but I just don’t see evidence of elite-level ball mastery being achieved by youth players who go two to three months each year not touching a soccer ball.

Of course, all athletic activities benefit soccer development in a marginal way – even if the benefit is simply a break from soccer. Archery probably improves concentration, swimming improves endurance, basketball improves body positioning and they all improve overall fitness. But even a sport like track and field, which is touted by many multisport advocates, provides little potential benefit to soccer development.

Think about it, assuming the best possible outcomes; how much time is the child going to actually cut off their forty-yard-dash? If they are lucky, maybe a fraction of a second? Those gains and more can be achieved with a soccer-specific speed and agility program which incorporates ball mastery and other soccer skills.

Finally, recreational programs don’t provide enough time to achieve any significant gains.  If you went to a speed coach and ask if they could make you faster with one year of consistent training two days a week for 10 months. There answer will likely be, maybe a little, but that’s not enough time.

In other words, just play with no agenda.  If you happen to play recreational – great, but any play is good.

Let’s acknowledge that, at the elite level, sports require a high degree of athleticism and skill.  However, the level of athleticism and skill varies significantly depending on the sport.  For example, Tiger Woods requires more sport-specific skill than Lionel Messi, who in turn requires more sport-specific skill than Usain Bolt.

The reverse is true for those athletes when it comes to athleticism.  Even within the same sport, differences can be dramatic. For instance, many of the best NFL quarterbacks are in their forties and late thirties – Tom Brady, Drew Brees, Ben Roethlisberger, and Aaron Rodgers to name a few.  Anyone over 40 knows that clearly athleticism is not keeping these future Hall of Famers in the league.

Said plainly, ball mastery (a prerequisite for elite soccer) requires significantly more skill, and as a consequence more skill-specific practice, than most positions in American football, baseball, and basketball.  I find that many Americans tend to ignore this fact – painting all sports with the same general brush.

For most (not all) American families this could not be further from the truth.  Athletic children typically want to play all the time. They just enjoy a specific sport much more than others.

My son, for instance, loves playing recreational basketball and flag football. However, he views those sports as pure fun – expressing very little desire to practice them. The best analogy I can give is that he treats other sports the way he treats going to a trampoline park.

So if I signed him up for flag football in the hopes of some tangential benefit to soccer, it would ruin the experience for him.  When I coach his flag football team, I deliberately treat this as a non-soccer space – both physically and mentally.

In a famous blog post featured on I Love to Watch You Play the author cites a study with says, “A 2012 study of world-class sprinters, including 15 Olympic gold medalists and the eight fastest runners in United States history, found that every elite sprinter, male or female, was recognized as exceptionally fast prior to beginning formal training.  This contradicts the deliberate practice model, which assumes that initial performance and final performance in a domain are unrelated.”

Besides being moronic, the problem is that the study assumes that all sports, regardless of the complexity and skill requirement share the same success factors. Let’s illustrate the ridiculousness of this argument by using an extreme example.  It’s like telling a golfer to stop practicing her swing so much because athletes like Usain Bolt were born fast.

In a future article (My Why) I will explain why I decided to enroll my son into competitive sports.  Each family arrives at this decision for different reasons.

While there are obviously parents who believe that they are putting their children on the fast track to college scholarships or maybe even a pro sports career – this represents a small minority of people.

While the hopes of a collegiate or professional career may be realistic for a small few, most parents are just acting on a strong desire to keep their children physically active, engaged, and out of trouble. It’s important to understand this motivation (and to stop belittling them) when counseling parents on early sports specialization.

European and other international soccer academies have delivered year-round soccer-specific curriculums for over two decades. Even if you ignored their ethical obligations to children in those academies – these clubs invest millions into their youth players – if playing multiple sports produced elite-skilled soccer players while lowering the risk of injury, multisport curriculums would be the norm.

Can parents go overboard by pushing their children to play sports at an unhealthy level? Yes, it happens all too often. However, this has less to do with early specialization and more to do with the volume, stress of play, and family dynamic.

Special author’s note: Some international soccer academies incorporate multisport programming, but it’s different from the American concept of taking a few months off to only play a totally different sport.

The 2012 NFL Defensive Player of the Year, J.J. Watt, lettered in baseball, basketball, and track during his high school career and was the state champ of Wisconsin in shot-putt as a senior.  Alex Morgan was a star basketball player only starting club soccer at 14.  And we all know about Bo Jackson and Deion Sanders.

In college, I was a business administration major.  I will never forget a student in my Principles of Accounting 1 course who aced every test without doing any homework or coming to class.  Do you think the lesson learned was, “I don’t have to do the homework or go to class?”  No, I, and everybody else in the class, recognized that this student was the exception, not the rule.

Misconception #9 Ignoring the Nature of Inherent Risks Between Different Sports

Most (not all) parents are not crazy. It’s accepted that people who work harder on their craft tend to be more successful at it than those who do not.  It’s also understood that, in general, skill acquisition is easier the younger you are. Most competitive programs are a minimum of 10-months. As a matter of fact, in some instances, there is a small window of a person’s life when those skills need to be acquired.

Therefore, when it comes to early specialization, the real questions are, “At what point are the returns diminishing?” and “At what level are the risk factors too great?” and “What are some of the early warning signs?”. Not, kids should take three months off until they are 14.

Misconception #11 You Tell Me

Comment below and share misconceptions that you have heard about early specialization.  Or maybe you totally disagree? I would like to read those comments as well.

As a parent, I know what my son’s Why is now, but more importantly, I understand that it will likely change. I am trying to create an environment where he puts forth maximum effort in whatever he chooses but feels comfortable making up his own mind when things change.

In conclusion, if I can add anything to the conversation it’s this – the primary goal of playing different sports should be for the child to have greater fun and receive a greater variety of experiences.  I worry if the child is made to feel like they are playing (pick the sport) because it’s going to provide transferable benefits to (pick their competitive sport).  Of course, specialists and experts should explore the topic for research and education purposes, but I worry when I hear parents frame the other sports in that way to their children.

In short, the biggest benefit to multi-sports is fun, enjoyment, and a release from the ultra-competitive atmosphere of competitive sports. Any transferable skill or athleticism that one might gain, should be considered pure upside.  The parent should avoid sharing that with the child as it could dampen the experience of play.