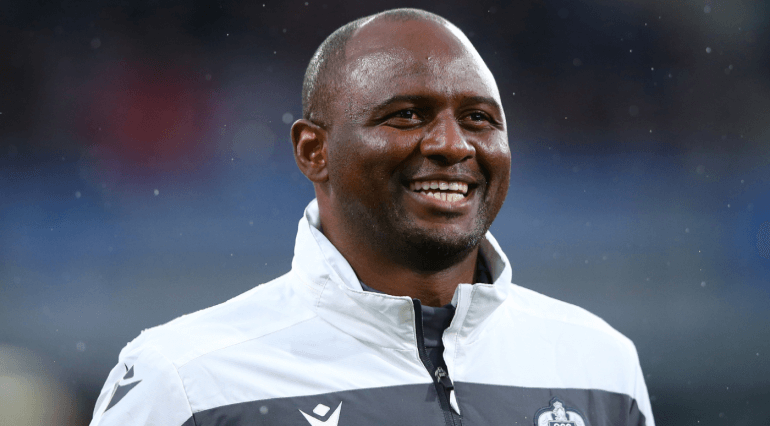 According to an article published by CBS Soccer, Crystal Palace has announced the appointment of Patrick Vieira as their new manager, bringing one of the Premier League’s greatest players back to London.

Vieira, a two-time double winner with Arsenal, has signed a three-year contract at Selhurst Park to succeed Roy Hodgson, who left Palace at the end of the 2020-21 season.

The former France international has been out of work since parting ways with Ligue 1 side Nice in December. He also managed MLS side New York City FC between 2016 and 2018, taking them to the MLS Cup Conference semifinals in both of his full seasons in charge.

Over 150 dribbling training videos. Try today and join for free.

“I am really excited to have this opportunity to return to the Premier League, and manage this great football club, as we begin a new chapter together,” Vieira, 45, said. “It is a project that is really appealing to me, having spoken a lot with the chairman [Steve Parish] and sporting director [Dougie Freedman] about their ambition and plans for the whole club, including the Academy.

The club has fantastic foundations in place after many years in the Premier League, and I hope we can make further improvements and continue to drive the club forward.

“I am also very excited to experience the atmosphere the club’s supporters make at Selhurst Park and away from home too, and I know just how important that can be for the team.”

Proud and excited to be part of this new journey. I want to thank the @CPFC board for their trust & thank the fans for the amount of support I’ve been getting for the past few days. I can’t wait to see you there, back where it all started @premierleague. Come on you Eagles 🦅❤️💙 pic.twitter.com/fa8BO6LZgW