The Bottom Teams in the English Championship Would be Favored to Win the MLS. (True/False) 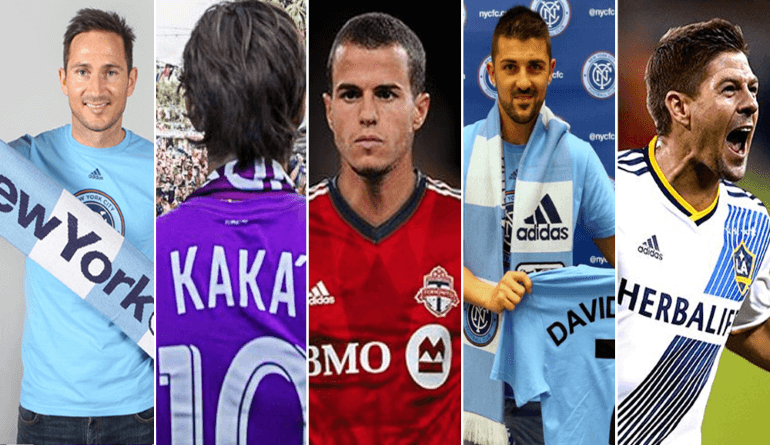 How does Major League Soccer (MLS) compare to the professional leagues in England? This is the question we pondered in the Anytime Soccer Training and Youth Soccer Coach Facebook Groups.

Comparing leagues is always difficult. Also, I don’t think anyone would disagree that there is a lot of work to do if the MLS were to come anywhere close to top European sides.

However, relative comparisons are helpful in putting the state of soccer in the US into perspective. After all, are we talking NBA vs a country that never plays basketball – or rather France vs a mid-tier team like my beloved Knicks!

In the players’ view, it already seems to be pretty close. In ESPN’s second annual anonymous MLS player poll, 123 MLS stars were asked where they think the best MLS side would land in the Premier League table right now, and the results might surprise you.

An overwhelming majority of 50% picked the best MLS side to finish comfortably in the lower half of the table but safe from relegation (10th-14th). Thirty-three percent predicted a finish in the bottom six, while 17% confidently put the best MLS team between 5th and 9th. Nobody gave MLS’ best a chance to finish in the top 4.

In other words, 67% of players are at least irrationally overconfident, and 17% are borderline insane.

>>>Check out this ESPN piece on American Players Abroad.

Championship wages are just over £4,000 a week, which is around £200,000 (USD 360K) a year. This is an excellent example of how quickly wages can drop below the Premier League, even though they’re still generous.

The blog Sounder at Heart did an analysis of MLS vs. Europe that is somewhat interesting.  It shows that Premier League teams complete a few more of their passes, get more crosses in per game, play more short passes, hit fewer long balls, and generally pass a lot more per game. For me, this shows that the players are better – no surprise, of course.

They also take more shots per game, and from closer in. They have fewer passes intercepted, commit fewer fouls, and get called offside less often (barely).

And, just for kicks, here’s a comparison of the various league records, also from a couple of years ago. (Example: England’s top scorer, Alan Shearer, got about twice as many goals as the MLS leader, Landon Donovan.)

With the combination of older international experience and younger North American players, I think they could easily hold their own. I have consistently seen more impressive play from the top MLS teams than that of the mid and lower half Premier League teams in the past few years. Maybe it is time create a tournament?

Bottom teams of the EPL – I would say would have a chance to beat MLS teams. The MLS is weak, but bottom ECL teams would struggle against the top MLS sides. Single season vs multi-year also makes a difference as the MLS system is not built around sustained victory but around “Everyone gets their share”.

I know that there is much hate towards the MLS in the coaching community (and a lot of it is valid) but the level of play is similar to a secondary European league (Like the Turkish, Swedish, etc leagues). And MLS teams would be able to compete at the same level. This makes it better than most ECL teams and worse than most EPL teams But on the other hand, playoffs are a coin-toss – and as a div 3 team can beat an EPL team in the FA Cup everything is possible…

In my opinion, the MLS teams wouldn’t be able to cope with even mid-tier European teams over the course of 90 minutes. American soccer culture is fast and physical, so the MLS players would battle hard, put in a decent fight for 20–30 minutes, but eventually, with tactical and technical superiority European sides would be capable of flicking a switch and overwhelming them on the pitch.

A good comparison between MLS teams and European teams can be shown through the NBA. It would like watching Steph Curry or Lebron James playing non-playoff teams. It wouldn’t be a cakewalk, but the gap in talent would be overwhelming.

What are your thoughts? Anything popping out?