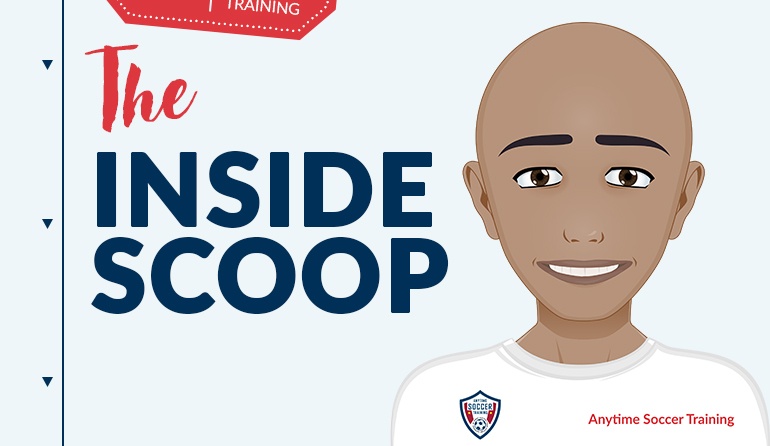 It’s that time again – soccer season just started and I bet when the club asked for volunteers everyone took two steps back while you stood still!

Congratulations you are the newly hired volunteer coach!

Don’t fear, after years of research and a lot of trial and error I have developed four tips that will guarantee your first practices are fun and effective.  My name is Neil Crawford, founder of Anytime Soccer Training and crazy soccer dad in rec coach.

Before we get started, did you know that Anytime Soccer Training has over 1,000 training videos and over 101 fun soccer games – all fun, step-by-step, and 100% follow-along?  Regardless if your child is just starting out or trying to make an academy team – Anytime Soccer Training has them covered.  That’s because the program starts with the foundation and progresses to advanced levels.

Every single move in the curriculum has its own dedicated video.

Check out the below video designed as an introduction for beginners and a warm-up for more experienced players.

Notice that the move repeats so that the player has plenty of time to get it. Join for free and gain access to the complete library.

You the kids to spend the majority of the time playing soccer not trying to figure out what’s next.

It doesn’t have to be rigid at all – but a simple routine of a few major areas will help make a practice run more efficiently. When I worked in middle schools, we began each day with Morning Work.

The students had an option to choose between four different activities, but everyone knew to come in and quietly get started.  This simple routine gave the teacher a few extra minutes to prepare and kept the students busy.

In soccer, this could take the shape of a fun activity, a technical block, and ending with a game. Anything is possible.

Now that you have decided to use a consistent format, the first activity needs to be a hit. As I wrote in the eBook entitled Become a Rec Coach Super Hero! there is no better way to start a practice than with several rounds of tag.

I usually start with a few tag games without the ball.  Then, repeat the same tag games (for the most part) while adding a ball. That way, the kids are already familiar with the rules which allow for more time to focus on the actuals skills of dribbling, passing, and finishing.

That’s right, with a little imagination you can incorporate dribbling, passing, and finishing in a single tag game!

Every kid loves to race, chase and tag each other. That was the inspiration behind Anytime Soccer Training’s 101 Funs Soccer Games.

I start most technical training patterns without the ball.  This is sacrilegious in many coaching circles – but hear me out.

It’s easier to teach a group of 8-year olds the pattern first and then introduce the ball.  We are only talking for a few seconds or minutes.  Let’s say for example I want them to do a dribble weave around a pattern of cones.

First I will have each child run through the patter first without the ball.  Then I will have them do it again while racing each other. You can imagine that I get maximum effort the second time.  Next, I ask them to perform the same drill while dribbling, but instead of teaching them the pattern – I am focused exclusively on their dribbling technique.  Finally, I have them perform the drill while being chased from behind or racing their teammates.

Check out this video from the selection of Anytime Soccer Training’s 101 Funs Soccer Games.

For example, if before the player was dribbling through cones. They would still dribble through the same cones but into the direction of a defender who is waiting.  Then they battle it out in a 1v1.  There are so many things you can do – these are a few suggestions that have proven a big hit with my son’s and the teams I coach.

Listen to the show here: 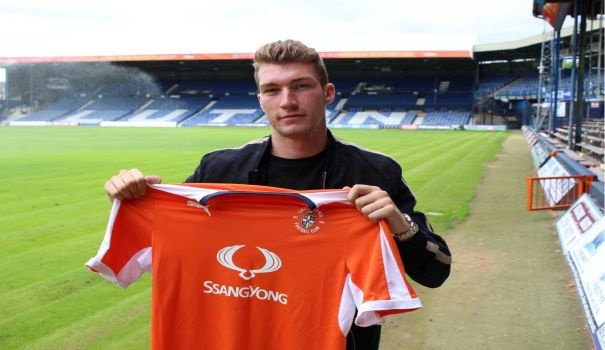 What If Your Child Played Soccer in Luton Tow...

In this episode, I sat down with AJ Maxwell who played football for Luton Town F. C.to learn what it’s like to ... 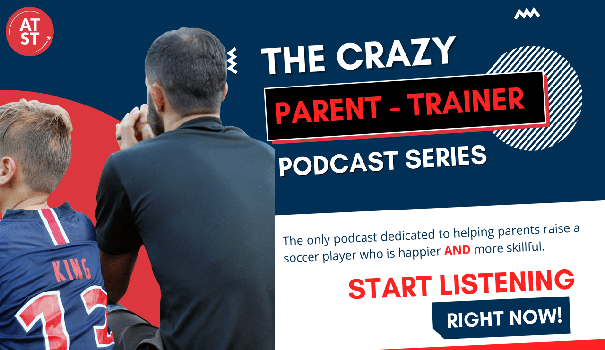 Learn How the Accounting Profession Can Help ...

Do you find it difficult at times to train your own child? Do they listen to the coach but not you as the parent? Wou...

My name is Neil Crawford and I am a soccer dad and founder of Anytime Soccer Training. When I started researching tra...